90th Anniversary of the Star-Spangled Banner 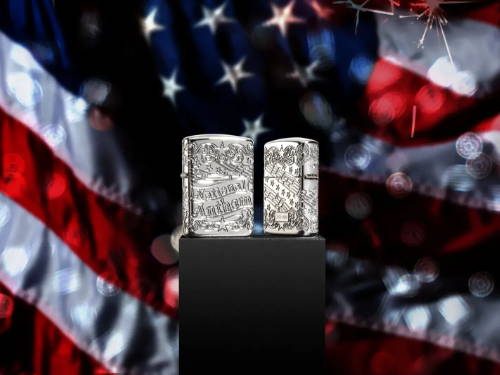 History of Our National Anthem:

On the morning of Sept 14, 1814, Francis Scott Key, lawyer and amateur poet, was inspired by the “broad stripes and bright stars” of the United States of America’s flag waving defiantly and victoriously over Fort McHenry, following an attack by the British during the War of 1812. His poem, “Defense of Fort M’Henry”, was set to an existing popular melody of the time, and “The Star-Spangled Banner” was born. It quickly rose in popularity and gained more significance but was not yet recognized as the official US anthem. Congress finally declared “The Star-Spangled Banner” the anthem officially on March 3, 1931.
Ninety years later, Zippo celebrates our national anthem with this elegant tribute to the rousing tune. Consecutively numbered and limited to only one thousand pieces, this High Polish Chrome Windproof Lighter has been engraved using Zippo’s MultiCut process to capture notes of the anthem in a decorative fashion. For an additional luxurious flare, the lighter features a gold-plated insert, and as always, is backed by the Famous Zippo Guarantee – “It Works or We Fix It, Free.” Zippo has a long-standing relationship with patriotism, and roots in the military. Commemorate the 90th Anniversary of the Star-Spangled Banner by adding this exclusive zippo.com collectible to your collection.

All Zippo windproof lighters are American made in our Bradford, PA factory. 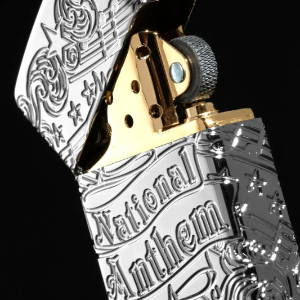 Each lighter is MultiCut engraved on an Armor® High Polish Chrome case and paired with a gold plated windproof insert. 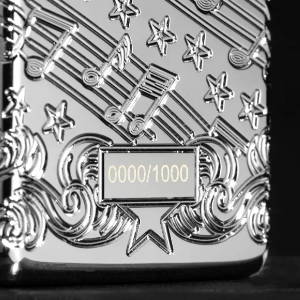 Each lighter is consecutively numbered on the back, and quantities are limited to only 1,000 pieces. 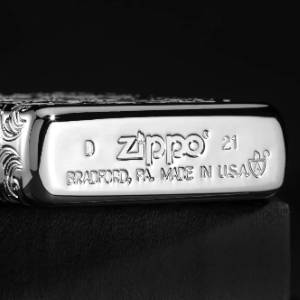 Each lighter features a distinctive bottom stamp that denotes it as an Armor® case and authenticates it as a genuine Zippo Lighter, 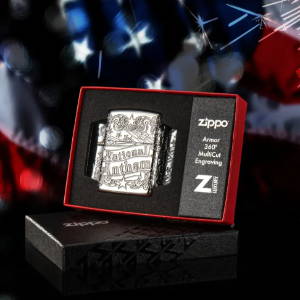